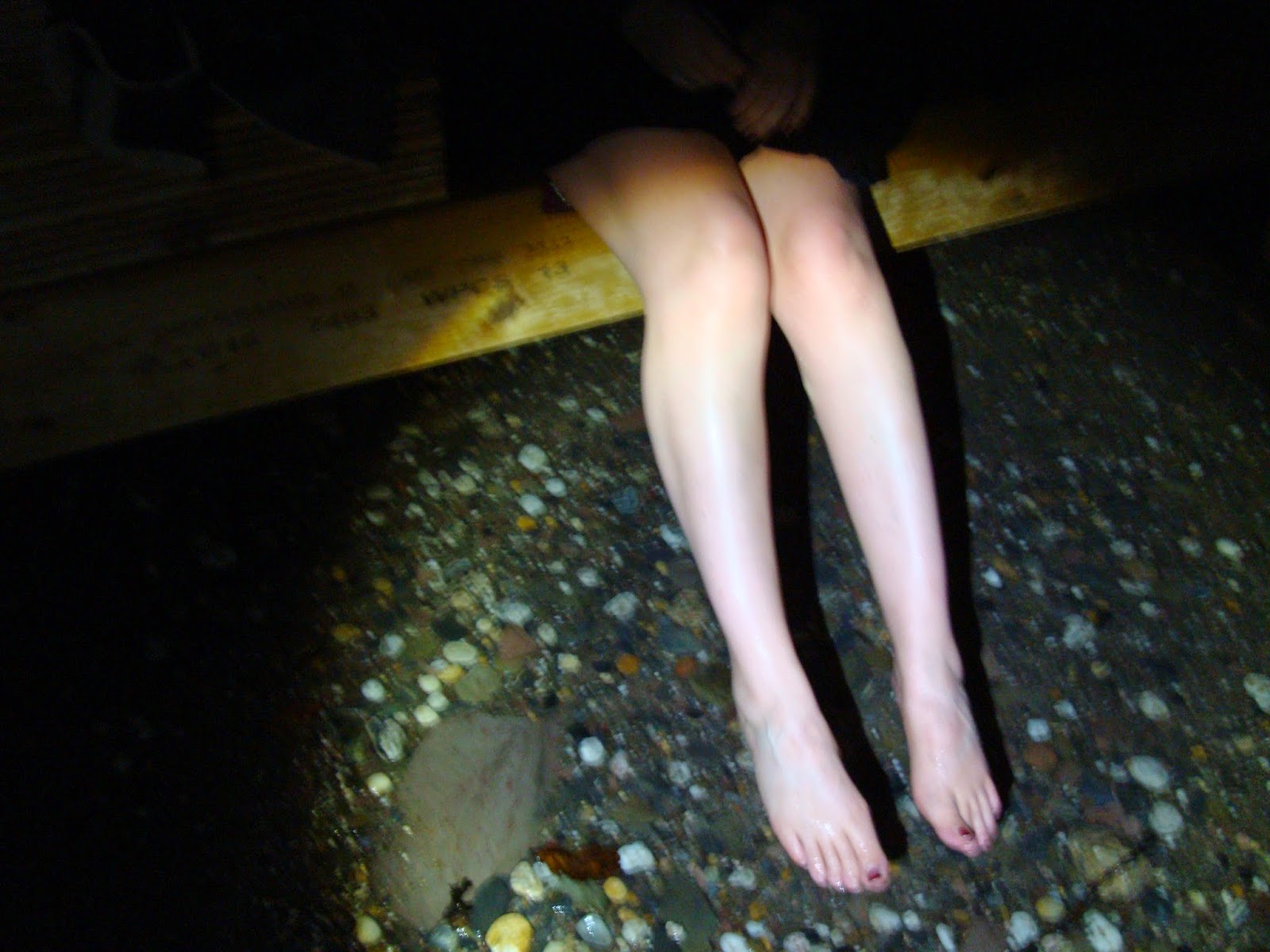 I've done it. I have been skinny dipping. How on earth I missed out on doing this sooner I don’t know.

And I did it somewhere rather special.

At The Mermaid Pool on Burgh Island.

During my Burgh Island Birthday I seized the opportunity to start my year of being 40 stark naked swimming around in the sea. It was warmer than I expected! *thankful face*

We waited until a few minutes to midnight and then slipped upstairs to our room to change in to some black ‘stealth’ clothing. Needn’t have bothered though as on our way out through the hotel doors we bumped in to a few of the couples we’d met earlier that day having a smoke.

"Where are you off to" they inquired..

"For a swim" I replied

"So you’re really going to do it then? Skinny Dip"

They laughed and wished us luck.

We put the torch on and started to make our way down to the Mermaid pool. You can see the pool from the hotel but I hoped as it was dark no one would see much at all…

However, the pool was lit up with a green light.

Eek. I’d not expected that.

Not to worry though as the lights went out as soon as we started to make our way slowly down the gravel slope to the waters edge.

It was still, quiet and dark.

I whipped off my clothes and paddled in.

It wasn't too bad.

Mr CA waited on the shore…

I came out again as my imagination started up and I could 'see' it being full of fish and mystical creatures....

I knew there was nothing in there to harm me, so back in I went and this time – full submersion...

I didn't squeal as it was actually rather warm! Wow!

I swam around and really enjoyed the experience. It felt rather naughty.

Mr CA still stayed on the shore. He wasn't tempted one jot to jump in and join me! Can't think why...!

When I felt I’d had enough I made my way out of the pool and dried myself. We wrapped up and made the way back up to the bar.

The couples we’d seen on our way out were waiting for us!

"YES" I said jumping about and punching my fist in the air! Not sure if that was appropriate behaviour for a 1930s lady...but what the heck.

A huge cheer erupted followed by a round of applause.

It felt wonderful as I hadn’t been expecting this at all.

I wanted to get changed back in to my evening gown and then celebrate with a cocktail. So that’s what we did.

Returning to the bar – the new friends waiting for us had got me a ‘cake’ with a birthday candle (It was actually a piece of bread!) and then sang happy birthday to me. It was FABULOUS and a great way to officially start my year of being 40.

When was the last time you went for a skinny dip?


This certainly won’t be the last time for me!

Here's how the Mermaid Pool looks in daylight. Such a beautiful place. 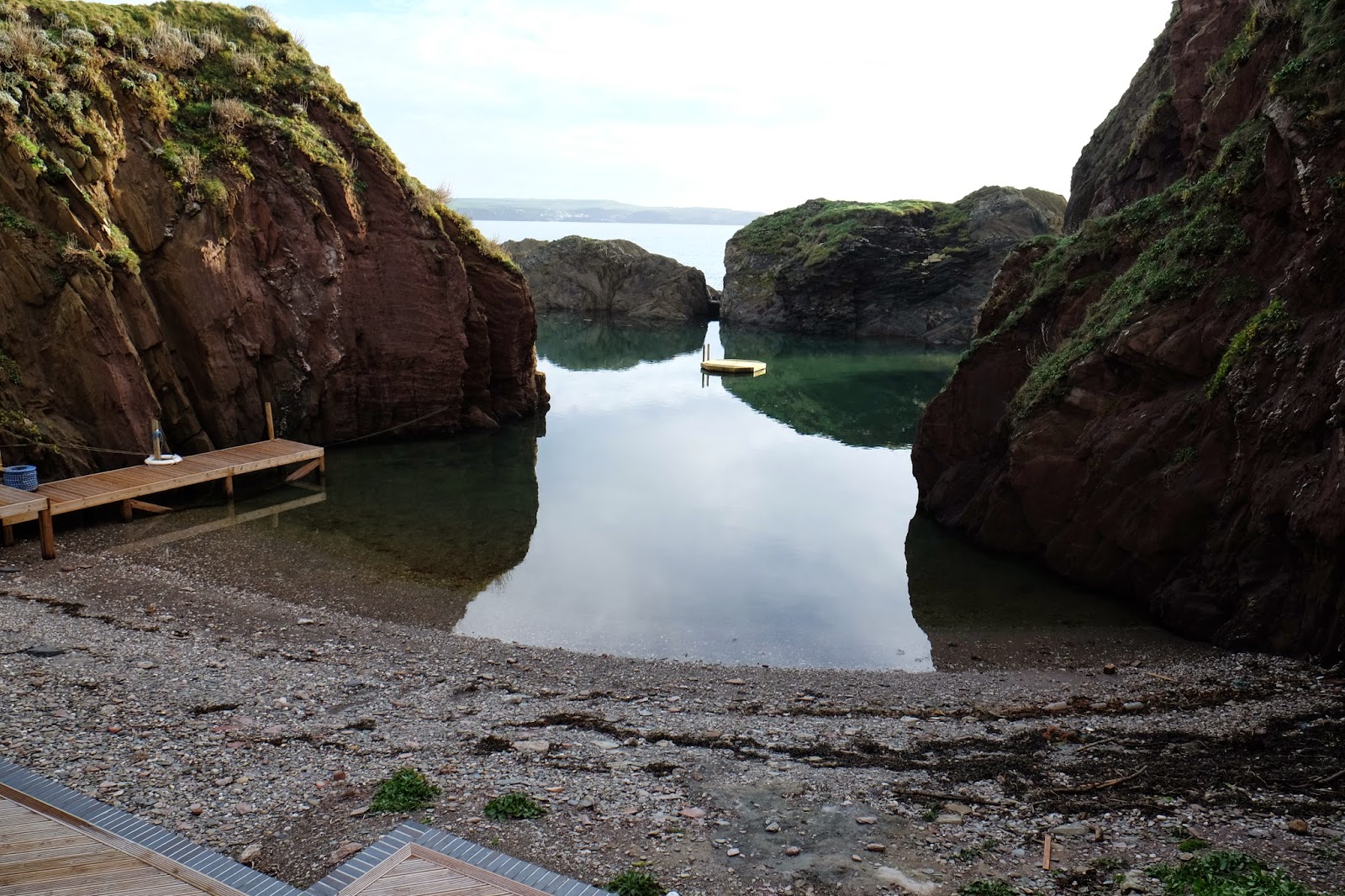 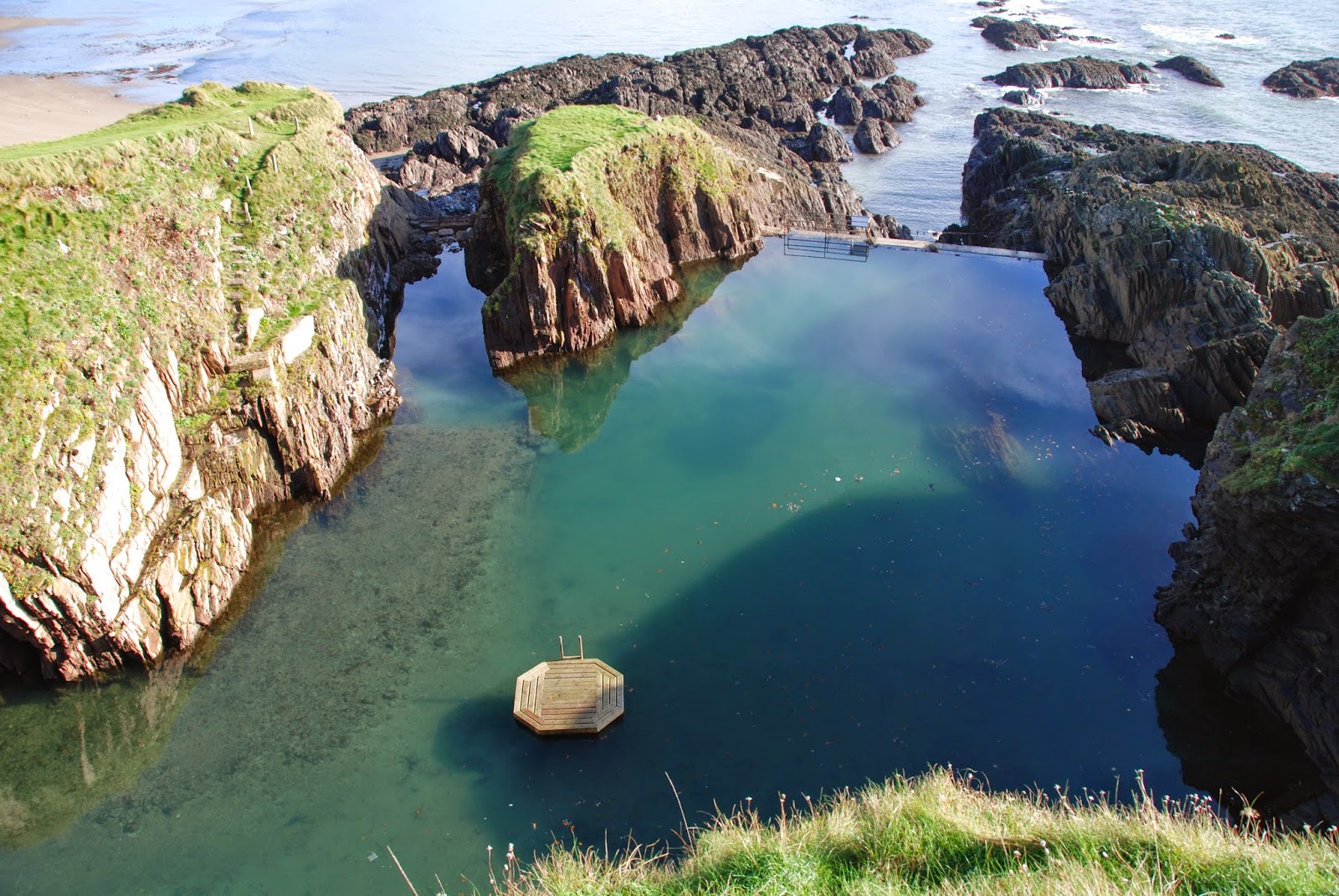