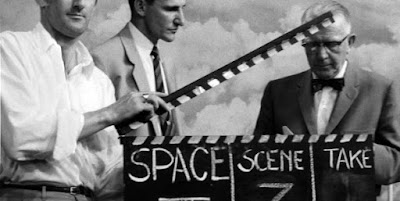 This week I had the joyful and fascinating experience of being an extra – or Supporting Artist (SA), for the first time. You might remember I joined a casting agency earlier this year with the aim of being on Dr. Who, one of my 40/40 challenges.

Well, It wasn’t Dr. Who and I can’t tell you about what I was on or what I did, but I can share some of the experience with you.

I had no idea what it would be like, thoughts whizzed about in my head - how many people will be there, will I embarrass myself by doing something silly, will people be friendly etc.... I also thought about Not doing it. About changing my mind. I’m so glad I didn’t listen to my inner critic. Pipe down I said! I’m so glad I showed up.

I read the really helpful information in the booklet we are given when we sign up and had a chat online with another SA who was super helpful by giving me some tips on what to expect, other than that it was a step into the unknown! I went to bed early, was up at 04.30, and off I went on a new adventure.

It was still dark when I sent out and I was surprised how busy the roads were. I’d thought it would have been just me and Henry (my car), but no. I was not alone. I arrived early and was directed to a parking place. All good so far.

As soon as I’d gotten out of my car, I met a chap who was also new to this. As more SAs arrived and we all started chatting those last few nerves vanished. Phew, of course, I was in this with others. All kind of others as I was to discover throughout the day. Such a mix of people; ages, backgrounds, cultures and what they do as their day jobs. It was fascinating. From meeting a games designer, a retired police motorbike officer, a lady who used to play rugby and who now writes scripts and short stories part-time, a Mum, son and daughter team all there together, to a drummer who’s toured with a rather famous Welsh band (not Stereophonics)...a real mix.

I even came away with a recipe for a great way to cook brussels sprouts ‘for people who hate brussels sprouts’ (lightly pre-cook sprouts then cover in a cheese sauce - as you would cauliflower cheese - add a topping of breadcrumbs mixed with cheese and pop that in the oven till golden). I also gained some crochet tips from a lovely SA who’d taught herself via videos on youtube and was in the process of making a scarf, and met a few SAs who have been on Dr. Who.

Being behind the scenes and watching the crew in action was very interesting. I did have to stop myself asking them lots of questions though! The team that looked after us were friendly and I felt well looked after. It was a very positive experience, one that I’m looking forward to repeating – hopefully on Dr. Who. (fingers crossed).

Doing this is also a mini victory for me. Having had a Brain Hemorrhage at 12 (a form of Stroke) I walk with a limp and I do feel self-conscious about it. Being an SA is actually something I’ve thought about doing since I was at Uni, but never had the nerve to do it due to those feelings and having a whole host of assumptions of what it would be like! As I’ve discovered, those assumptions are misplaced. I’m so glad I said Yes!

How about you? Is there something you’d like to do but you’re feeling anxious about it? I’m sure you’ll find it’s never actually as scary as you think its going to be. Our imaginations can be a bonus – OR they can keep us in a place of fear. We can choose. Keeping an open mind of curiosity and a sense of wonder when you try something new can make all the difference. That first time is always the hardest.

What new experience is calling you? I'd love to hear from you!
Posted by Morwhenna - Creative Adventurer at Thursday, October 15, 2015 No comments: 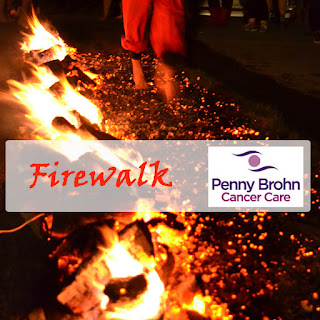 OK so I haven't done this yet - but I've registered and I've also managed to rope in..erm 'encourage' Mr CA to join me on this challenge. Although truth be told it wasn't difficult.

'So do you fancy doing a Firewalk with me in aid of Penny Brohn Cancer Care.'

I'd found a local Firewalk for charity, which for me is an important element to this particular challenge, registered and secured two places. Yikes. Now I feel nervous. There is a whole science behind it apparently...

The charity we are going to do the fire walk for is Penny Brohn, a local charity who pioneered a programme called The Bristol Approach which is a holistic way of living well with Cancer.

"We have been successfully helping people with cancer for over 30 years, with our pioneering Whole Person Approach.  We can show you how to live well with cancer and take back control of your health and wellbeing –  before, during and after treatment.

Our range of services, including residential and day courses, are free of charge to adults with a cancer diagnosis and their supporters. However, as a charity we rely on donations to fund our work."

I've set up a sponsorship page if you'd like to support us - We've called ourselves - Team Disco Inferno...!

or perhaps you'd like to take part and do the Firewalk too?

Posted by Morwhenna - Creative Adventurer at Monday, October 05, 2015 No comments: