Taking things to the Extreme

Have you ever wondered what it would be like to sleep suspended by ropes over looking the Clifton Suspension Bridge or from Portsmouth’s Iconic Spinnaker Tower?

Well, my epic and inspiring travel writing and author friend Phoebe Smith, along with A&E doctor, Zoologist and rope specialist John Pike and rigging supremo Ollie Laker have done just that, as well as sleeping at 8 other UK Landmarks to raise funds for Centrepoint, the young persons homeless charity.


I had the fantastic opportunity to meet up with Phoebe and Team Extreme during their Bristol Extreme Sleep on Wednesday. I’ve never been climbing or abseiling so all the equipment required, the careful thought, planning, re-planning, tweaking and the length of time (hours and hours) it actually takes to set up a safe portalege camp was fascinating and made me appreciated even more what a challenge this was.  Whilst both John and Ollie have climbing and rigging experience, this is something pretty new for Phoebe.

I also meet Libby Houston who has a tree named after her – A Hornbeam that only grows in the Avon Gorge as well as a bench dedicated to her. Libby is incredible, A world expert Botanist and at 71 incredibility fit with no signs of slowing down. She’ll often be in a harness dangling off the gorge looking after the special plants that grow there. [we both said 'we want to be like Libby.'] 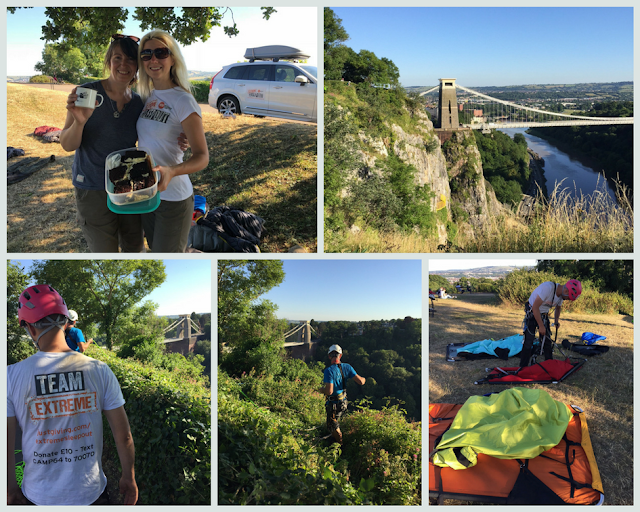 Apparently, no matter what time they started rigging, they always seem to end up getting to bed at 1.30am....

Imagine doing this for 10 nights in a row and you can see why they'd re-named it the Extreme Sleep Deprivation Challenge. It really made us think about that side of being homeless. The anxiety of where to sleep and wondering if it is safe.

I took them some champion cake [had gold sprinkles on it] the Wild Night Out mug I’d just won as Phoebe is the ambassador and some bug repellent.

Spending time with all of them [They were super at answering all my questions] has definitely inspired me to have a go at climbing with ropes up into trees and possibly abseiling, although not so sure about going over cliff edges just yet. Think I'll start by sleeping out in my hammock. Starting small is still starting....

How about you? What do you feel like challenging yourself to do this summer? It's Wild Night Out today [30th June] so maybe just start by going here for some ideas > Wild Night Out

To see the amazing places they slept, check out their social media:

And what PJ's does an Extreme Portalege Sleeper wear? >

I'm beyond delighted and excited to share that this month's Coast Magazine [July 2018], features an article I've written about my UK Islands Project.

If you do read it, I'd love to hear what you think and if you are now keen to go on your own Creative Island Adventures...! (or any other Creative Adventures for that matter) 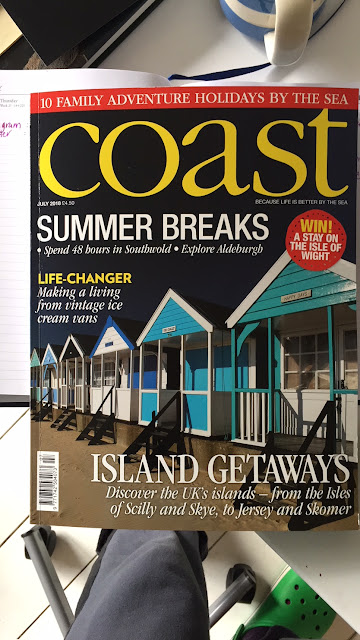 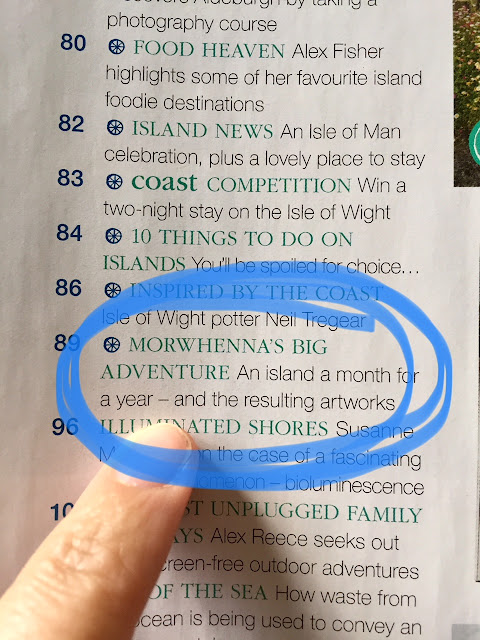 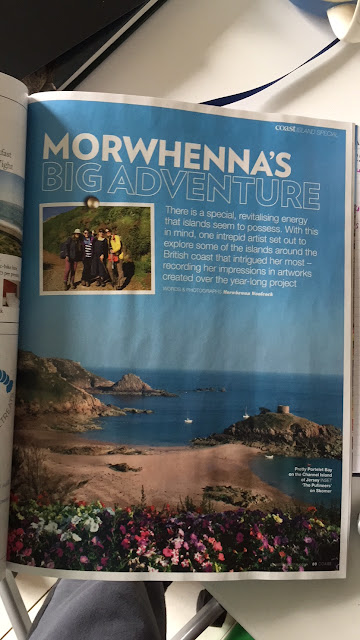 Posted by Morwhenna - Creative Adventurer at Thursday, June 14, 2018 No comments: