I am here! In Chiang Mai!

I'm sitting in my guest house as I write this with the sound of crickets (and the occasional dog barking) in the background. I'm tucked away enough from the main street that I can't actually hear any traffic.

So I've made it (along with my luggage) and now the next part of the adventure begins.
Here's a couple of photos and things that have happened so far...

At Heathrow Airport super early in the morning! (left home at 04.30am eek)

Went through security really quickly, thought it was going to be much busier

Was wondering if my hand luggage was heavier than the allowed 7kg when the lady at the check in desk said - hmm that's rather heavy - do you have a laptop in there? Yep. OK then that's fine. Off you go. *phew*

The flight to Abu Dhabi was pretty empty so I had a whole area to myself. Which was good as I watched The Lego Movie and there were lots of laugh out loud moments. Everything is Awesome!! la la la la. Had a great seat by the wing though and saw the slipstream over the wing for the first time. That was pretty cool. 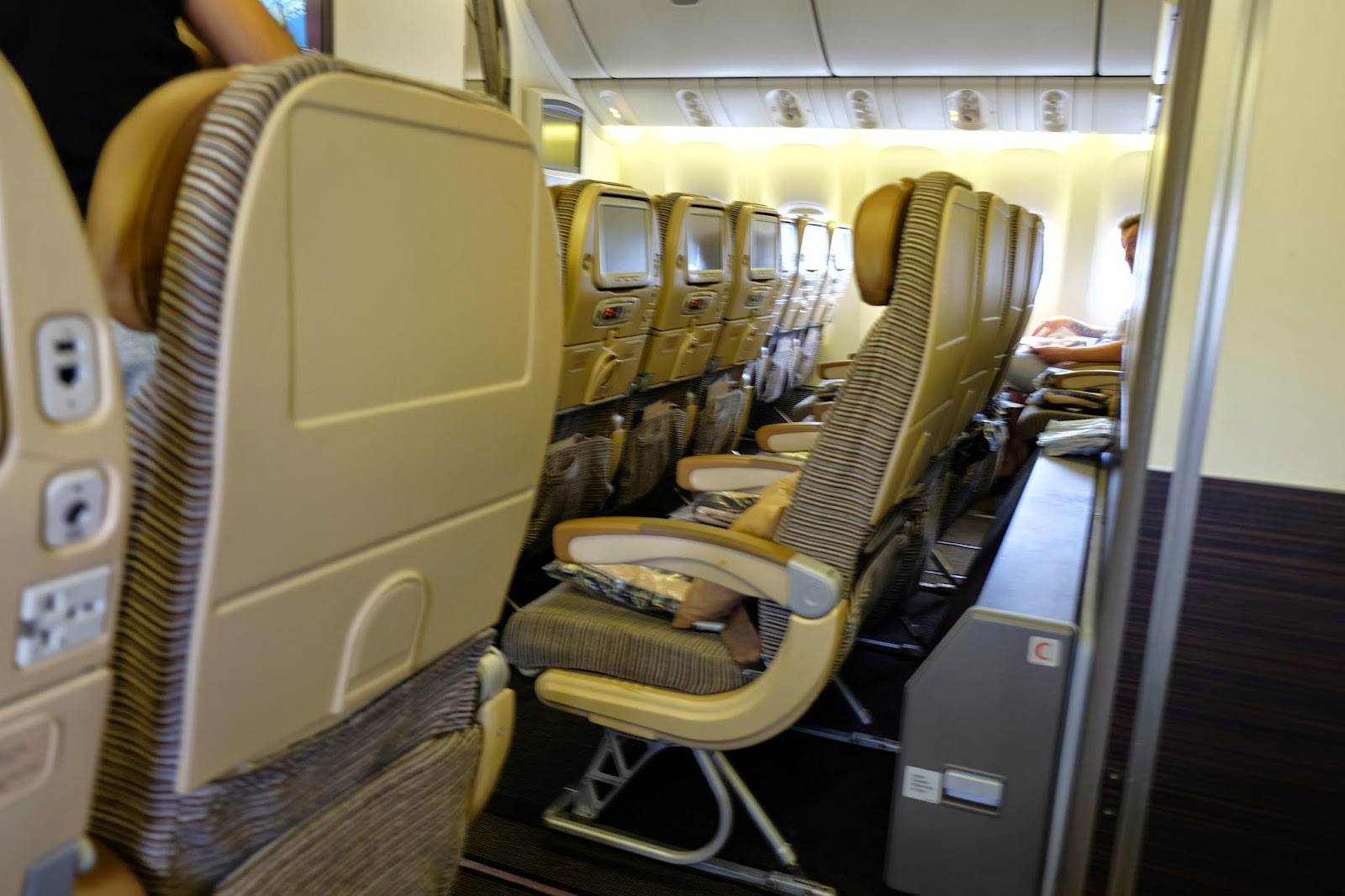 When I booked the flight I some how booked myself a special Oriental vegetarian meal option - not quite sure how I did that - so it was a surprise when I was served first with this.

Can't say it was very good though ;-( However, can't fault the service on the flight. I flew with Etihad Airways and they were very good.

But getting my food before everyone else was actually a bit of a treat on the next flight (I took three in total) as the flight was PACKED! I was seated between some young loves and on the other side a young girl of screaming age. I was grateful for my earplugs and sleep mask! Hurrah!

Had to hang about in Abu Dhabi airport for a bit to wait for my flight to Bangkok. The place was eerily quiet. Where is everybody? Interesting building though.

The flight was delayed. I couldn't quite understand why, wasn't very clear. We eventually set off. Was an ok flight - as I mentioned above thanks to the earplugs and eye mask!!

I did get woken up by a lady speaking to me in Spanish and holding the plastic bag the airline blankets are supplied in.

Having being woken up, I had absolutely no idea what was going on. I guessed she wanted the plastic bag? So just said fine. But really? To wake me up for that! Felt rather disorientated so must have been proper asleep. Hmm probably snoring too..maybe that's why she woke me! ;-0 Anyway, upshot was I missed the connecting flight to Chiang Mai.

Wasn't worried though, as long as I could let Emma know I'd be on a different flight. I was issued with a new ticket for a later flight then went in search of wifi and money exchange. Both sorted then it was time for my next flight. This time with Bangkok Air as it was a domestic flight. Again was pretty empty.

Arrive at Chiang Mai airport and I am the only one to collect international luggage. I had a sticker!
I get escorted to the collecting bayThere was no one else around
They turn on the conveyor belt

A solitary bag appears...and it's mine.

*Hurrah* I do a little dance.

The chap who escorted me to the baggage claim area gives me a funny look.

Emma from Art Relief is there to meet me. Another hurrah! And then she drops me at the guest house I'm staying at until I move to the volunteer house on Sunday.
*phew* I'm here.

I check in, have a shower then go to sleep for a few hours.

Feeling perky get up around 16.00 local time (6 hrs ahead here) and go to explore where I'm staying. Thinking it's time for a cuppa.

This is the view of the Ping river from the guest house garden. Reminds me of Bristol. The water is the same colour. Bit hotter here though. Thank you to Andrea Jordan for recommending it. All good so far. Clean, simple, good location and very good price at £14 a night. 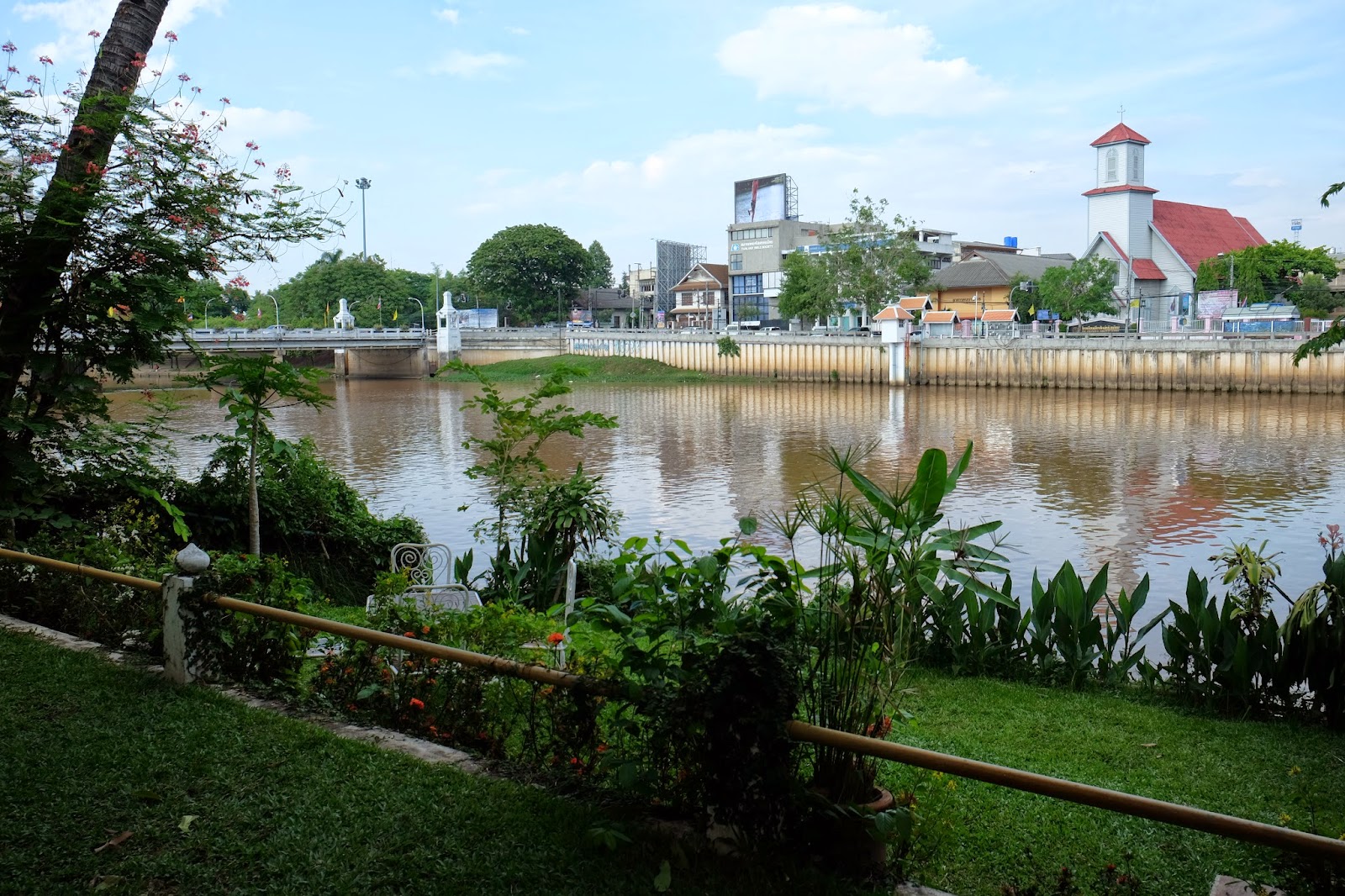 Decide to have some food too so ordered a Red Curry. DELICIOUS. Cost for the curry and a fresh lemon juice 120 baht. That's about £2. 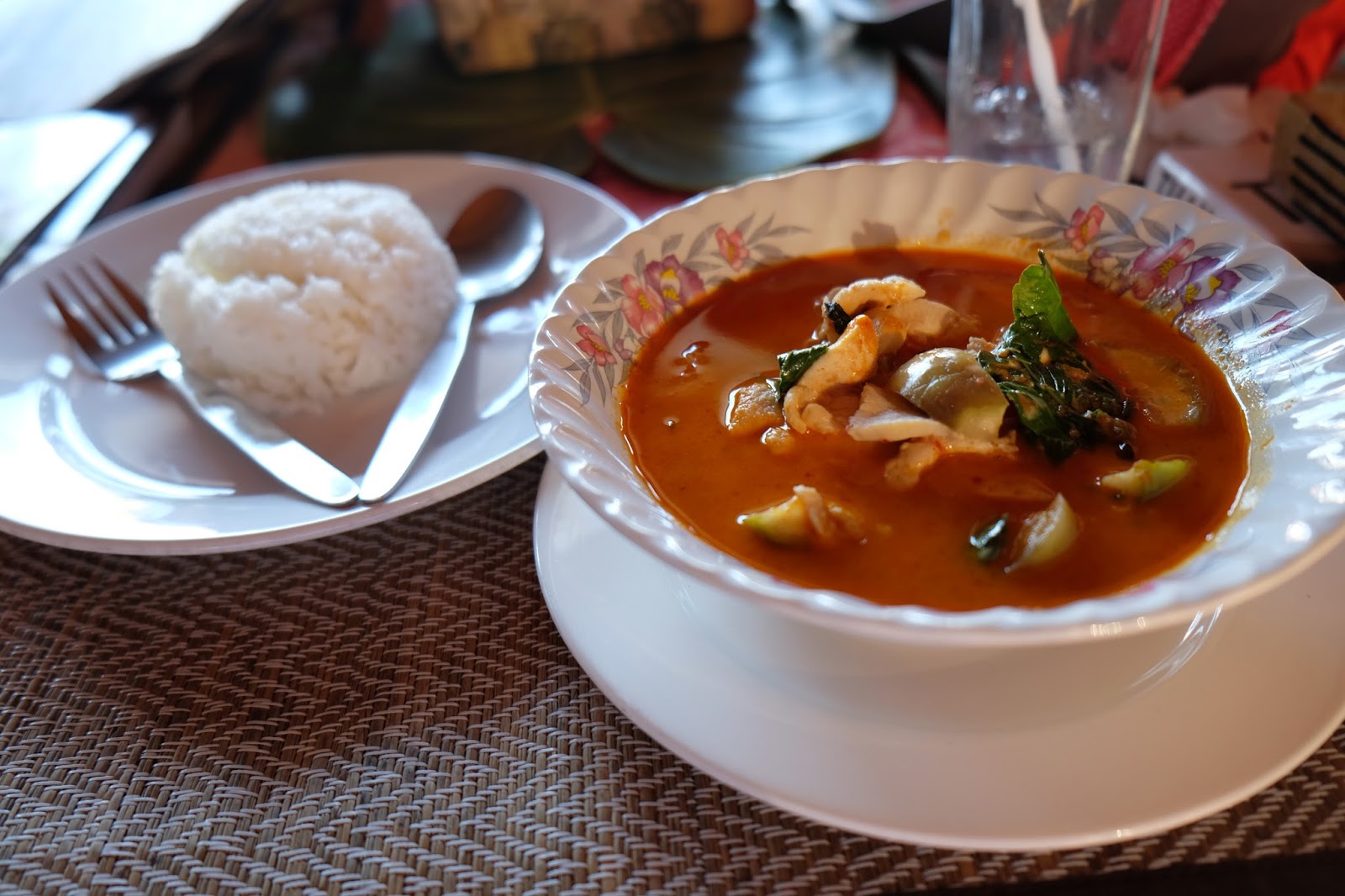 Have been for a little explore up the road to check out where the markets are and the old city, but it started to get dark and seeing as my sense of direction isn't great at night figured it best to head back then have a proper day of exploring tomorrow.

Looks like there are some interesting art exhibitions on to so will have plenty to see while I'm here. Oh yes and there's the place that makes paper from elephant poo. Gotta go there.

PS You can still sponsor me. In fact I'd love it if you could. I'm nearly at 50% of my target!
PPS My security/criminal background check from Disclosure Scotland arrived in the post yesterday when I was already on my way! Grateful for scanners and email so Rich could send me a copy! Another *phew*
Posted by Morwhenna - Creative Adventurer at Thursday, May 08, 2014